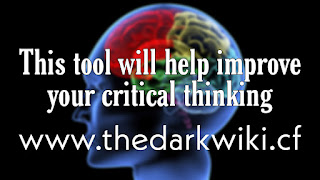 Socrates, one of the founding fathers of Western philosophical thought, was on trial. Many Athenians believed he was a dangerous enemy of the state, accusing the philosopher of corrupting the youth and refusing to recognize their gods. However, Socrates wasn’t feared for claiming to have all the answers, but rather, for asking too many questions.

While he loathed formal lectures, the philosopher frequently engaged friends and strangers in lengthy conversations about morality and society. These discussions weren’t debates, nor would Socrates offer explicit advice. In fact, the philosopher often claimed to know nothing at all, responding to his partner's answers only with further questions.

But through this process, Socrates probed their logic, revealing its flaws and helping both parties reach a more robust understanding. These insightful questions made Socrates beloved by his followers. Two of his students, Plato and Xenophon, were so inspired that they replicated their mentor’s process in fictional dialogues. These invented exchanges provide perfect examples of what would come to be known as the Socratic Method.

In one of these fabricated dialogues, Socrates is conversing with a young man named Euthydemus, who is confident that he understands the nature of justice and injustice. Socrates probes the student’s values by asking him to label actions such as lying and theft as just or unjust. Euthydemus confidently categorizes them as injustices, but this only prompts another question: is it just for a general to deceive or pillage a hostile army? Euthydemus revises his assertion. He claims that these actions are just when done to enemies, and unjust when done to friends.

But Socrates isn’t finished. He asks the young man to consider a commander lying to his troops to boost their morale. Before long, Euthydemus is despondent. It seems that every answer leads to further problems, and perhaps he’s not quite sure what constitutes justice after all. In employing this question-oriented approach, Socrates described himself as a midwife, whose inquiries assist others in giving birth to their ideas. His method of questioning draws out an individual’s unexamined assumptions, and then challenges those biases.

It doesn't always provide definitive answers, but the method helps clarify the questions and eliminate contradictory or circular logic. And by following a line of inquiry where it logically leads, both the question asker and answerer can end up in unexpected places. This technique isn’t limited by the conversation’s content, making it incredibly useful in numerous fields.

During the Renaissance, the method was used to teach clinical medicine. Students proposed their rationale for different diagnoses, while a doctor questioned their assumptions and moderated discussion. In this model, the method could even produce conclusive results. This same approach was later used in other sciences, such as astronomy, botany, and mathematics. Following the Protestant Reformation, it was adapted to tackle abstract questions of faith.

In the 19th century, the method became an essential part of American legal education. Professors explored students’ understanding of judicial reasoning by challenging them with unforeseen hypothetical situations. This approach is still used today by the Supreme Court to imagine the unintended impacts of passing a law. The Socratic Method can be adapted to teach almost any topic that relies on critical reasoning, but its success depends on the teacher employing it.

An effective Socratic educator must be well versed in their subject. Rather than bullying their students or showing off their superior intellect, they should be modest, genuinely curious, and affirming of every contribution. In this regard, Socrates himself may not have been the most subtle Socratic teacher.

Historians believe he was deeply critical of Athens’ particular brand of democracy, and known to pass those concerns onto his followers. These subversive beliefs were distorted in public forums and thought to have inspired two of his pupils to treasonous ends. It was likely for these ideas Socrates was brought to trial, and eventually, sentenced to death. But even on his deathbed, artists depict a serene philosopher— ever curious to explore the ultimate question.