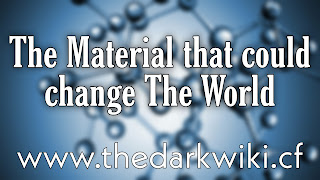 Thousands of years ago, the Romans invented a material that allowed them to build much of their sprawling civilization. Pliny the Elder praised an imposing sea wall made from the stuff as “impregnable to the waves and every day stronger.” He was right: much of this construction still stands, having survived millennia of battering by environmental forces that would topple modern buildings.

Today, our roads, sidewalks, bridges, and skyscrapers are made of a similar, though less durable, material called concrete. There’s three tons of it for every person on Earth. And over the next 40 years, we’ll use enough of it to build the equivalent of New York City every single month.

Concrete has shaped our skylines, but that's not the only way it's changed our world. It’s also played a surprisingly large role in rising global temperatures over the last century, a trend that has already changed the world, and threatens to even more drastically in the coming decades.

To be fair to concrete, basically everything humanity does contributes to the greenhouse gas emissions that cause global warming. Most of those emissions come from industrial processes we often aren’t aware of, but touch every aspect of our lives.

Look around your home. Refrigeration— along with other heating and cooling— makes up about 6% of total emissions. Agriculture, which produces our food, accounts for 18%. Electricity is responsible for 27%. Walk outside, and the cars zipping past, planes overhead, trains ferrying commuters to work— transportation, including shipping, contributes 16% of greenhouse gas emissions.

Even before we use any of these things, making them produces emissions— a lot of emissions. Making materials— concrete, steel, plastic, glass, aluminum and everything else— accounts for 31% of greenhouse gas emissions. Concrete alone is responsible for 8% of all carbon emissions worldwide.

And it’s much more difficult to reduce the emissions from concrete than from other building materials. The problem is cement, one of the four ingredients in concrete. It holds the other three ingredients— gravel, sand, and water— together.

Unfortunately, it's impossible to make cement without generating carbon dioxide. The essential ingredient in cement is calcium oxide, CaO. We get that calcium oxide from limestone, which is mostly made of calcium carbonate: CaCO3. We extract CaO from CaCO3 by heating limestone. What’s left is CO2— carbon dioxide.

So for every ton of cement we produce, we release one ton of carbon dioxide. As tricky as this problem is, it means concrete could help us change the world a third time: by eliminating greenhouse gas emissions and stabilizing our climate. Right now, there’s no 100% clean concrete, but there are some great ideas to help us get there.

Cement manufacturing also produces greenhouse gas emissions by burning fossil fuels to heat the limestone. Heating the limestone with clean electricity or alternative fuels instead would eliminate those emissions.

For the carbon dioxide from the limestone itself, our best bet is carbon capture: specifically, capturing the carbon right where it’s produced, before it enters the atmosphere. Devices that do this already exist, but they aren’t widely used because there’s no economic incentive.

Transporting and then storing the captured carbon can be expensive. To solve these problems, one company has found a way to store captured CO2 permanently in the concrete itself.

Other innovators are tinkering with the fundamental chemistry of concrete. Some are investigating ways to reduce emissions by decreasing the cement in concrete. Still others have been working to uncover and replicate the secrets of Roman concrete. They found that Pliny’s remark is literally true.

The Romans used volcanic ash in their cement. When the ash interacted with seawater, the seawater strengthened it— making their concrete stronger and more long-lasting than any we use today.

By adding these findings to an arsenal of modern innovations, hopefully we can replicate their success— both by making long lasting structures, and ensuring our descendants can admire them thousands of years from now.