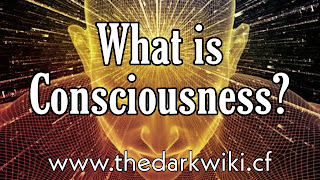 A hemispherectomy is a surgical procedure in which half of a person's brain is removed. It's usually only ever done on very, very young patients because their brains are still plastic enough that the remaining half will take on the functions of the half that was removed. And it's usually done because a young child or a baby is having seizures, and removing the part where the seizures occur is the only solution.

But here's my question. If you can live with half a brain, what if I were to take two empty skulls and take one half of your brain and plop it into one body and the other half and put it in another body, which person would be you?

I mean, you are you. You are conscious. You are aware of what is happening to you from the perspective of yourself.

Think of it this way. If you just stare at something and kind of feel what it feels like to be you, it feels a little bit like you're a thing inside a body looking out through the eyeballs. And nobody else on Earth will ever see the world from that position.

But if I were to take your brain and split it into two and put it into two different people, would both of them be new people who were conscious?

Well one of the best places to start when defining consciousness and understanding it is to begin with things that we agree are not conscious.

For instance, Cleverbot. Cleverbot.com is an amazing website where a computer program will respond to your questions really cleverly but only because it is programmed to do so. We wouldn't consider it conscious because it doesn't have a sense of itself. It doesn't feel anything. It doesn't have its own inner life. It's just a program that responds automatically to my inputs.

Now what I'm asking is incredibly philosophical, but it is a very famous and important question. I'm basically asking if it's possible for something to exist as a philosophical zombie. A thing that reacts and responds and acts just like a normal human but yet doesn't actually feel anything. It doesn't know that it's having its own thoughts. It just automatically responds like a robot in the appropriate way.

About all we have is the psychology of disorders of consciousness.

Let's begin with anosognosia. A common example of anosognosia in psychology classes is a patient who has, say, lost the ability to move their left hand. When asked to raise their right hand, they'll say, "Yeah, no problem, here you go." But then when asked to raise their left hand, they'll say, "Oh, yeah, sure, no problem," but not move it. And when asked why they didn't move their left hand, instead of reporting that they can't, they'll confabulate some excuse. For instance, "Oh, I didn't feel like it."

Anton-Babinski Syndrome is even more dramatic. Patients with this syndrome are cortically blind. They cannot see anything. But they deny being blind. If you ask them a question, for instance, "How many fingers am I holding up?" they will make a guess, but if they're wrong, they'll explain their inaccuracy with an excuse. For instance, "oh, well, I don't have my glasses."

People who exhibit anosognosia tend to be the victims of stroke, and there's some disconnect between what they're really experiencing and their conscious awareness of it. They don't know that they can't see because the part of their brain that monitors visual input isn't telling the brain anything. It's not even telling the brain that there is no visual input which means that the parts of their brain responsible for answering questions or creating speech has to completely create a confabulated response.

Despite the fact that we've been able to study patients with anosognosia, we still have no idea how to solve our original problem. In fact, all we've managed to come up with are more impossible questions about identity, questions that are so befuddling, the best you can do with them is to answer them yourself according to what you believe.

Here's another one. It's called the Swampman. Imagine that I'm walking around in a swamp and then all of a sudden, I get struck by a bolt if lightening and my entire body is burned to a crisp, dissolved into smithereens. But the very same moment, a second bolt of lightening strikes nearby, and it causes a bunch of atoms and molecules to all arrange themselves into the exact same configuration that my body used to have, making a second Marouf Wani. Is that me? Would that be me?

Here's an even better one. Imagine that a surgeon came in, and he started removing cells from me and from you, replacing them exactly one at a time, replacing my cells into your body and your cells into my body. At what point would I officially have become you?

No one on Earth has the definitive answers to these questions. Do you have any answers? Tell me in comments.